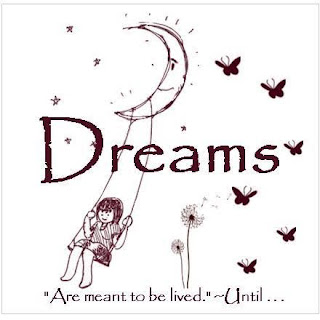 The Poem. The Tea. The Campaign.

The Poem: Author and Poet Until was asked to be the poet of the night for a prestigious event called Elevate Genius at the Yost Theater, December 2015. Prior to being asked, she was currently working on a poem she thought was special but didn’t have an idea as to how it could be utilized. Moving forward, Elevate Genius was created and coordinated by a foundation called Kind-Hearted Compassion in Action inspired by the memory and dream of Jesse Tahim, which happens to be one of the co-founders (Pamela Tahim’s) brother. Pamela at the time was invited by a friend to attend the Poetic Uprising Series where (Until’s Poetry Residence was being held)  and it was there that she heard Until share the poem as a sneak peek, and from that point she received the spark and inspiration she needed to proceed with her plans and commissioned Until to perform her poem Dream “Are Meant to be Lived” pt. II for the Elevate Genius Gala.

Next, the purpose, once Until found that poem to be her selection of the night, after her performance and the positive roaring feedback, she dedicated the poem to the Kind-Hearted Compassion in Action Foundation as she felt the poem and their cause was synonymous. Until then came to the realization that her poem was bigger than that night. Until realized the poem she wrote to inspire, motivate and encourage others but officially just a reminder to self, had to do with many people who needed that same urging and prompting. So not only is the poem dedicated to the Kind Hearted Compassion in Action Foundation, it’s also dedicated to those who have dreams deferred.  The question, what’s next?

The Tea: This Oolong Tea derived from the poem and given the same name. Until wanted to blend her favorite flavors of inspiration to create her very own tea. Until named it after her poem because the feeling that the tea evokes is very much in tune with the message of the poem. Aside from the feeling, there lies the texture, the taste and the wonderful fragrance that also incites you to gather your thoughts as well as promote rejuvenation and a readiness to pursue your dreams. So first the poem. Next, the tea. The question, what’s the final step?

The Campaign: Now, the campaign. What is the campaign? This is the Dreams “Are meant to be lived” campaign. Quanda R. Graves better known as Until thought that this would be needed. The story; Until was progressing very aggressively at one time with her poetry. She was making a name for herself around the Los Angeles area, and caught her big break when her poetry was discovered by a personal friend's cousin, she received an all-expense paid trip to Indiana University for a week to be the poet of the night, in the year of 1998. Shortly after that high, her boyfriend, now husband took sick for nearly ten years. Although she kept writing, and nurturing her ideas it would be a long while before she could put them into action, she now had dreams deferred. With the support of others, hearing other people stories and many other experiences, (though she’s always understood that circumstances could rear its ugly head, however, not just for her but for many all over the world), she knew one day it would get better. Fortunately, things are well and have been for some years and Until has been pursuing her dreams ever since. So, that’s why she believes that this campaign is needed. Until wants everyone, especially women to know that it is never too late to have or follow a dream (s). It never matters about your age, ethnicity, where you’re from, nor your gender or circumstance. Your dreams matter, you deserve to pursue them and be happy. This is why she created “The Tea Party Packages” which includes the following; 1. The Poem 2., The Tea and, 3. The Tea’Shirt. When you purchase either package she wants a picture with you holding your product knowing that, you are taking a pledge to live by the quote of the poem, you’re choosing to wait no longer, you’re going to live your dreams because Dreams “Are meant to be lived”.

There you have it.
The Poem. The Tea. The Campaign.

Will you be a part of it?

If you would like to learn more about “The Tea Party Packages” and purchase to join the campaign please visit the QS Simple Treasures Greetings and Collections link listed below:
Blog: www.qssimpletreasures.blogspot.com
Email: qssimpletreasures@gmail.com
website coming soon

What a few people are saying about Dreams "Are meant to be lived" Oolong Tea:

“I love the texture. It smells amazing; smells like Christmas”
~Shaun of Corbro Designs

“I love the aroma, the taste is really nice, not strong, but not weak. Subtle and smooth.”
Emily Styles Stacher of Simple Treasures

“It smells so Christmassy and it’s so warm going down. I love the taste. It makes you feel good. Christmas in a cup.”
~Briyanna Brown

"It fills the air with happiness with its fragrance. It's not too thin or too thick, it's perfect and I love the taste."
~John Stagglemier of Black Swan Publishing

Dreams
“Are meant to be lived”